AAA Lists Speeding As Major Cause Of Crashes Among Teenagers 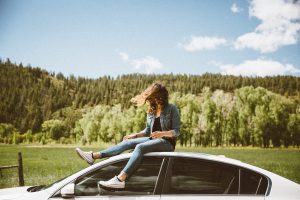 BY KEVIN SAWYER – AAA has recently announced that speed is the major factor in the majority of crashes involving teenage drivers. Over the last five years, according to AAA, teen drivers have been involved in over 14,000 crashes that have ended fatally. Of these crashes, over 4,000 of them were caused by driving too fast.

According to a national survey conducted by AAA, driving teachers and instructors in driver’s education programs admit that speeding is the every first grave mistake that is made by almost every teen driver. One of the primary factors for this, the driving instructors say, are the parents. They declare that parents today have poorly prepared their teens for driving on the road compared with just ten years ago when they saw better prepared students.

Bill Van Tassel, AAA manager for Driver’s Operations stated that, “Nearly two-thirds of people injured or killed in a crash involving a teen driver are people other than the teen. Involved parents can really help save lives so it’s important for parents to coach their teens to slow down as well as to avoid other common mistakes.”

The national driving instructor survey also mentioned distracted driving as well as having poor vision skills as the other two major mistakes the teens are making that lead to accidents. They don’t take the time to properly scan where they are visually and they are constantly checking their phones and babbling to passengers rather than staying focused on the road and their driving.

The problem with the example setting, says AAA, is that parents aged 35-55 have poor driving skills and habits. Nearly 80% of them drive distracted and are talking or texting on their phones while over half of them regularly drive over the posted speed limit be it a residential area or a highway.

Jennifer Ryan, AAA director for state relations, said that, “We all know that the combination of inexperience and risk can be a deadly one. Parents need to understand the common mistakes teens are making and take the time to help their teens learn how to stay safer on the road when they are learning to drive.”