Illinois To Teach Teens How To Behave During Police Stops 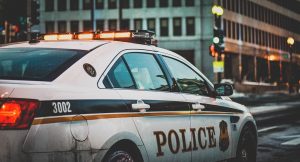 BY KEVIN SAWYER – It is now the law in the state of Illinois that all driver’s education instruction and classes throughout the state will teach student driver’s how to act when pulled over for a traffic stop by police. The new law, which was signed by the Illinois governor, will take affect in September of 2017.

From what little has emerged, the government wants teens taught to remain calm, put their hands on the steering wheel and remain quiet until a police officer gives them instructions with regard to what to do. Both police and driver’s education instructors were in alignment that the children need to be instructed more comprehensively with regard to traffic stops.

The police hopes it helps the new student drivers to stay calm and a few students have commented that the further instruction would help seeing that most kids, they say, are frightened and nervous when being pulled over by the police.

Some cities, like Springfield, are expecting to send police officers directly into the classes to instruct the students how they are to behave. The police say this will save time so that they don’t have to educate each and every instructor so as to save time. The police didn’t say what the hurry was.