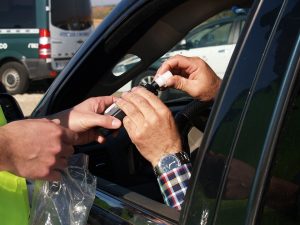 BY KEVIN SAWYER – A recent research study out of the University of Pennsylvania has found that breathalyzer tests and ignition systems have been drastically reducing the incidents of people driving drunk and that has significantly reduced the rate of drunk driving fatalities on the road.

Dr. Elinor Kaufmann, the lead author on the study, said that “The number of times that I have had to talk to a family and tell them they had lost their son or brother or daughter or sister to something so preventable as a drunk driving crash, it’s hard to count…”

Both Dr. Kaufmann, as well as Mothers Against Drunk Driving (MADD) agree that this study will hopefully encourage the rest of the states in the country to adopt mandatory breathalyzer ignition systems. MADD said in a recent statement about the research that, “We’e been working to pass these laws and we think you can get better than a 15% reduction but a 15% reduction is really good. If we could do it nationwide, we could save another 1,500 lives a year. That’s a lot of people.”

The study further states that 110,000 deaths a year happen due to drunk driving and that 30% of all fatal car crashes that happen in country every year are drunk driving related. The ignition system works pretty much the same as the field breathalyzer test performed by the police. You blow into it and if it isn’t below what the state maximum is, then the vehicle will not start. For the most part, the maximum is generally reached after only one drink.

The study looked at data from the US National Highway Safety Administration regarding the death rates between 1999-2013. It compared the data of crashes between the 18 states that have mandatory breathalyzer ignition systems on vehicles with the 32 remaining states that have no such law.