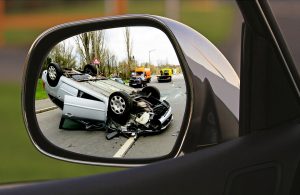 BY KEVIN SAWYER – New research done at the University of Oregon that looked into the behavior of teenagers while they are driving, has been less than positive or encouraging. While over half of all teens have admitted to texting while driving, the researchers discovered some even more rather alarming behavior.

Other risky behavior while driving that teens admitted to included texting and talking on the phone, of course, as well as putting on makeup, changing clothes and shoes, doing homework, changing radio stations, switching GPS settings and even (ready for this?) changing out their contact lenses.

Multitasking anything has been proven to be a delusion. Humans really can’t multi task and get anything done with any sort of completeness or efficiency. Distracted driving, time and time again, comes up as the number one reason for driving accidents regardless of who is taking the survey or doing the research. There is a huge body of research that declares it takes less than five minutes of inattention to cause a crash. In five seconds, a car can travel nearly a half a mile.

Another recent study was done at three driving classes for teens in Washington, Oregon and Idaho. The classes asked the teens to talk on the phone while writing down a set of numbers on the classroom board at the same time. The results showed that teens just couldn’t multitask the way they have been indoctrinated to believe that they can.

Experts say that there hasn’t been much in the way of research or programs that encourage teens to actually notice their behaviors and the dangers they pose to themselves as well as to other drivers on the road. Talking on the phone continues to be the major hazard for both adults as well as teen drivers. People simply seem unable to actually pay attention to what they are doing and to realize that they are driving a death machine that could cause a tragedy at any minute.