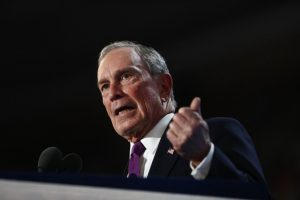 BY KEVIN SAWYER – The propaganda with regard to self driving vehicles continues as the Mayor of New York City, Michael Bloomberg, has decided that the Big Apple needs to get ready for what seems, to him, to be the inevitable. As politicians are want to do, Bloomberg has decided to set some policy initiatives going and to put a committee on it.

As automated vehicles are being pushed to become the new normal, it has forced many cities to come to grips with the very infrastructure of the cities themselves and to decide how drastic a change city planning must undergo, in an effort to accommodate this new vision. Along with New York City; Nashville, Austin and Los Angeles will also participate in this future planning as well as the cities of Paris and Buenos Aires.

Bloomberg announced that autonomous vehicles are great things and that people should prepare to have their lives changed for the better. Most of the left wing excitement really doesn’t have any place to go yet but they are all fired up about getting some initial planning in motion anyway.

Bloomberg Philanthropies mentioned that it was a “once in a lifetime opportunity” for major cities to begin to get a firm grip on their problems and work to address them. The one thing that is for sure, with regard to automation, is that robots have begun to replace, and will continue to replace, human workers for the next decade and beyond.