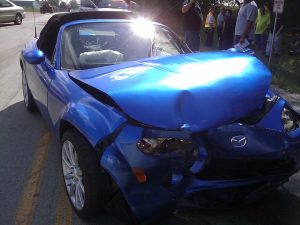 BY KEVIN SAWYER – Recent research suggests that people who tend to faint are nearly twice as likely to end up in a vehicle accident than those that don’t. A recent study done at Copenhagen University states that government officials, as well as family and loved ones, should take someone’s medical history of fainting into account before allowing the person to consider driving.

The research team examined 41,000 driving adults in Denmark. The results found that, though the risk is not too great, people with a history of fainting are involved in twice as many accidents and could have tendencies to just pass out while driving.

The lead author of the research study, Dr. Anna-Karin Nume, who mentioned that 35% of people have suffered from fainting spells at some time in their lives and stated that, “The risk is small but is raises important questions about policies toward driving. It is common in both younger and older persons but the cause usually differs. Although fainting is usually benign, it could be caused by underlying heart conditions.”

After making their adjustments for age, the researchers discovered that 8% of drivers in the 18-69 age category, who had a history of fainting, got into vehicle crashes as compared with just 5% of the general population who didn’t suffer from fainting spells.

According to the statistical findings, 70% of those who suffer from fainting spells tend to be over the age of 70. There were no gender differences and those that suffered from fainting were also likely to be alcoholic, depressed and have some manner of heart condition.

Dr. Donald Redelmeir, a research scientist in Toronto, stated that, “We don’t know which diagnoses have clear warning symptoms that allow plenty of time for the driver to compensate, get off the road safely, and subsequently continue normally.”

Redelmeir is the author of a commentary that has accompanied the study and further thinks that driver overconfidence may, also, contribute to the high accident rate in people prone to fainting.

In Denmark, everyone must go through a driver evaluation once they hit 70 years old. The authors urge doctors to take fainting histories into consideration when evaluating their patients’ ability to continue driving. The results of the study were published in The Journal of the American Medical Association.